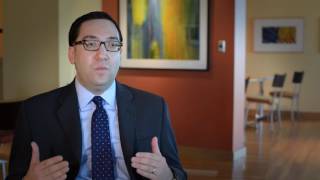 Experience
David is an attorney in our Labor and Employment Department. Based in the firm's Detroit office, David concentrates his practice on employment defense, representing employers in state, federal, and administrative matters involving claims of discrimination, retaliation, harassment, disability, whistleblower, noncompetition, employee discipline, wage and hour, and medical leave. David also specializes in counseling employers regarding a wide-range of employment matters and risk mitigation. In addition, David practices in the areas of professional liability, commercial litigation, and general litigation.

Prior to joining the firm, David was an associate at a boutique labor and employment firm in metropolitan Detroit. During law school, David served as a judicial intern for the Hon. Bernard Friedman, U.S. District Court Judge for the Eastern District of Michigan. Before he became a lawyer, David worked as a design engineer for an original equipment manufacturer automotive company.

David earned a J.D. from Wayne State University Law School in 2012, where he was a Senior Note and Comment Editor of the Wayne Law Review. He earned a Bachelor of Science in Mechanical Engineering from Purdue University in 2005.
Credentials